What exactly do we consider as intelligence?

Humans can comprehend reason and find solution for problems. We are aware of our consciousness, thoughts and feelings. We create equipment to make our lives easier. So we are creative and innovative. We have language and we use it to express complex emotions.

So, do only humans possess this intelligence?

Are there other intelligent animals in the animal kingdom that exhibit these features?

Field observations and experiments on various animals have shown that many animals show signs of cognitive and creative abilities.

Chimpanzees are our closest living relatives as 98 per cent of our genomes are identical with them. It is found that chimps can make tools and use them. They engage in violence and also hunt in groups. Wild troops even have specific customs. In an experimental study, chimps performed better than humans on a number memory test.

Observations also show they are capable of altruism and self-awareness that is they can understand abstract emotions like we do. Researchers say that the adolescent chimps use a type of photographic memory which helps them recall an image with far better accuracy than humans. Certain tests have proven that chimps have very good cognitive skills and cerebral skills. It turns out that we cannot deny that chimps share some of our brain power and can be called as one of the intelligent animals in the animal kingdom. 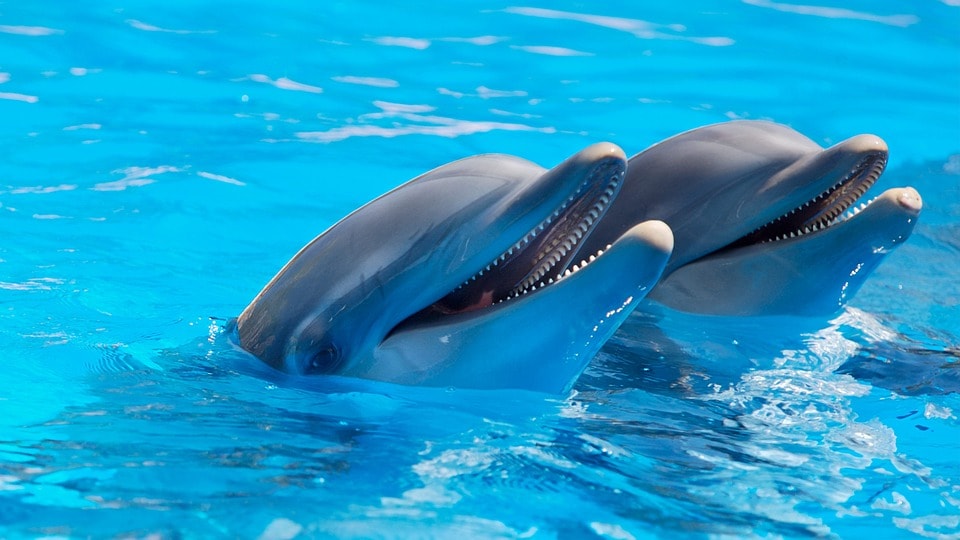 As we saw that chimps have cognitive skills similar to humans, dolphins are found to be creative. One simple test, what scientists call mirror self-recognition test shows that dolphins can recognise themselves before the mirror. Many animals fail this test.

Usually they think it is another animal which they try to scare away or they themselves try to hide. To find this, they place a coloured mark on their body, an animal who recognise themselves will try to rub it off or scratch it and dolphins pass this interesting test.

RELATED: Animals That Will Amaze You

In a famous 1960s experiment, dolphins went overboard on creativity when they realised their novel behaviour was awarded with fish. They whistle and click; dolphins are one of the species who have sex for pleasure than to just procreate unlike other animals.

Dolphins in Australia use sponge to cover their snout while foraging which indicates efficient use of tools.

So dolphins can be considered to have a certain degree of intelligence. 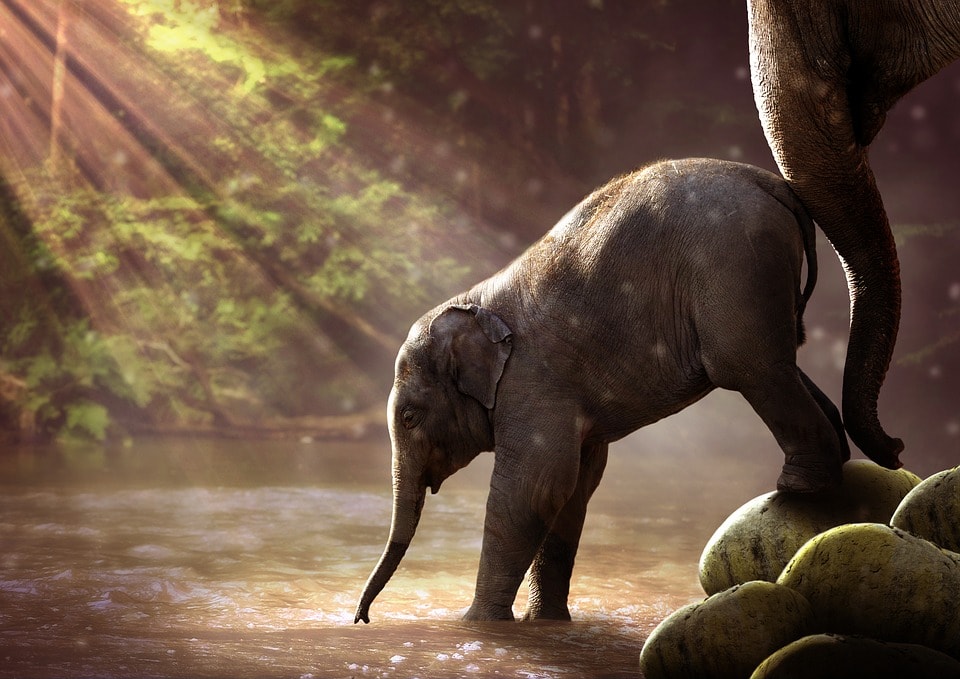 Elephants also exhibit self-awareness. It was an epic moment when an elephant named Happy recognised herself in the mirror. They are seen to show signs of empathy and help each other in need and playing in water and communicating by sensing vibrations in each other’s feet.

Based on a study, they found that elephants can also understand different languages and difference between a man, woman and a child speaking. In the study, the elephants were only fearful of the men’s voice as they do the hunting.

In Africa, only certain tribes hunt the elephants down. They distinguished between the tribes that hunt them down and reacted fearfully by listening to their language.

Ever heard the folk tales?

There’s always a shrewd and a crafty crow. How true is that?

We have been learning the crows’ wisdom since our childhood.

A crow named Betty used a wire which she made into a hook like arrangement to reach food in a tube. Most birds are born with the tool making ability like nests but what’s amazing is their ability to learn it from their elders by watching which shows a much higher sign of intelligence. Hence, crows are crafty and intelligent animals. 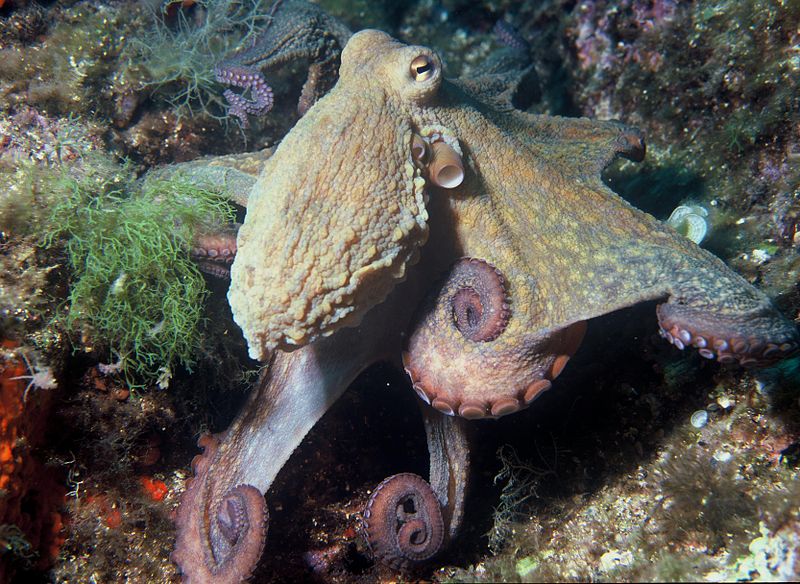 Octopuses are wonderfully intelligent and in a study the researchers found that octopuses can distinguish between two people. In this study, the octopus was made to interact with two different people one by one, where one was made to act friendly while other to be cold and distant.

RELATED: Animals That Are Most Likely To Become Extinct In Future

Later, when both the people were in same room as octopus, the octopus was seen to be ignoring the person who was cold to him and reacted well to the friendly one.

Their brain is located around the oesophagus. But it poses similar complexity features as human brain such as folded lobes and distinct regions to process visual and tactile information.

Cephalopods are considered to be the smartest invertebrates in the sea.

They know how to turn a cold shoulder to cold people. And that’s a human trait. 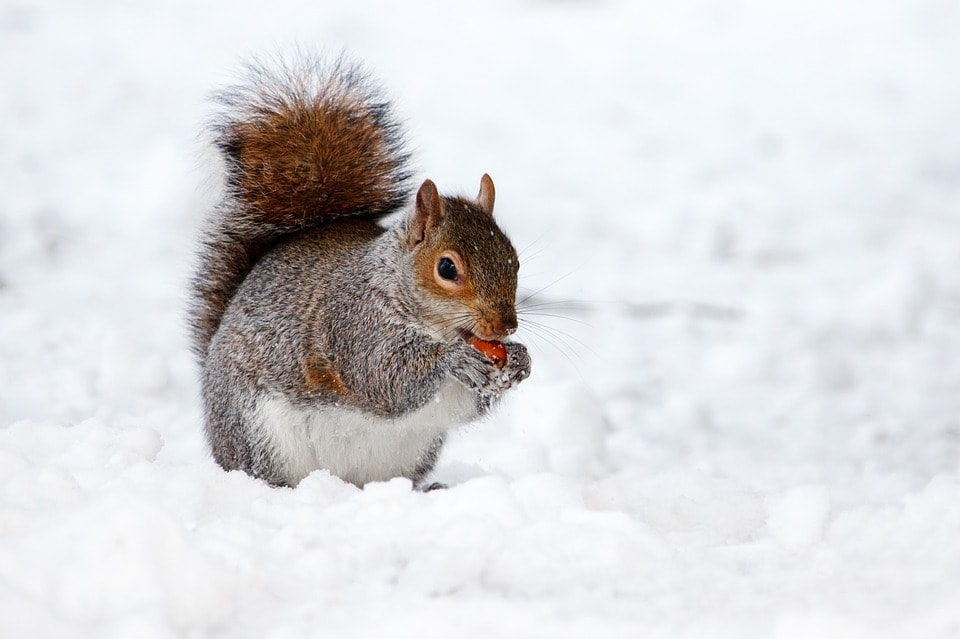 Most of the rodents have put on shows of deceptive caching to prevent would be thieves. This behaviour was studied in a lab experiment. It increased when they saw humans stealing peanuts.

Now, some researchers think that squirrels can thus understand the intentions of others while others consider this to be another case of learned behaviour. Most rodents learn through observation and imitation. Either way, it cannot be denied that they are intelligent animals.

Pigs are wise and they are much cleaner than we think. The thing is that pigs do not have sweat glands and thus they roll in mud to keep themselves cool. This is a sign of cleverness.

They can also be trained. In an experiment in the 90s they were trained to move cursor on the video screen with their snout to distinguish between scribbles that were known to them and those that they did not know.

They learnt this task as quickly as chimps and thus show a certain sign of cleverness. 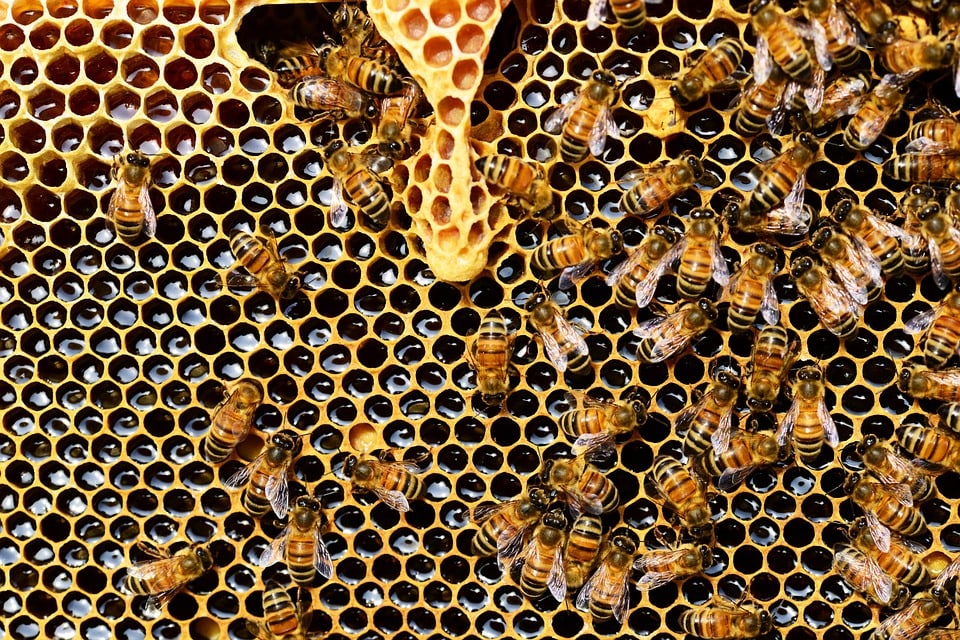 Bees are known for their sting but what many of us don’t know that bees are highly intelligent creatures. Scientists taught bees to determine which of the horizontal lines is above the other. When they got the answer right, they were given sugar syrup. When researchers shown them vertical lines. They just flew away as they had learned that they won’t be rewarded.

Results show that bumblebees cannot just copy by seeing but also improve upon what they have learnt which is how humans learn. The bees can thus be trained and studies have been conducted to do so.

For instance, in an experiment, bees were taught to move a yellow ball toward the centre of the table and awarded with sugar syrup for doing so.

Cats can be trained with positive reinforcement unlike many other animals which are trained using negative reinforcements. They learn by watching and imitation. It is harder to train cats than dogs. This doesn’t mean they are not as intelligent.

Researchers say that felines tend to live a solitary life and they are highly driven by the will to survive. This has made them to adapt to the domestic environments for the last 10,000 years. Cats can be taught to sit, jump over and through hoops and they are very interesting species

Do you know the species of dogs evolved by what we call artificial mutation? Wolves are the ancestors of dogs. When homo-sapiens devised tools for hunting and gathering and had discovered fire, they could easily beat the deadly beasts. Wolves understood that if you abide by certain rules, you don’t have to hunt for food. Thus, enemies became protectors. Dogs have a steep curve in learning and training,

RELATED: The Friendliest Dog Breeds To Give Your Kids

It is also discussed that they can understand intentions of their owners.

Goats are also intelligent animals and can be trained to do tasks quickly. They also have good cerebral skills. In a study, the goats had to drag down a rope and lift a lever with their mouth to access the food. Most goats understood this and could learn the task quickly. They also remembered how to do it after a month. This was also a part of the same study. Thus, goats exhibit learning behaviour through cognition and have good memory.

So, to see evolution has come a long way. Humans have developed their intelligence with small mutations and constant struggle. We see that the other animals too have evolved to adapt and survive in the ever changing world which significantly indicates their ability to learn and intelligence cause the nature allows only the survival of the fittest.