The media impact on young adults is concerning. There is no way around it, if anything, the digital era is advancing by day. Teenagers can access any kind of information in seconds through different sites on the internet. Honestly, the internet is the greatest obstacle to parenting in the 21st century.

Whether you like it or not, socialites and celebrities influence your teen’s life. The young adults in your home know a lot about dressing, cosmetics, and trends in life more than you can imagine. As a parent or anyone in the position of handling teens, there is no option other than embracing the trends on social media. Familiarizing yourself with fashion and celebrities gives you an upper hand in managing young adults.

While they are not the first to capitalize the world on beauty, fame, and wealth, the Kardashians have taken the world by storm. Like it or not, they are the most famous American family. The family started with comedy that placed them in public domain. However, they have risen to featuring in beauty magazines and Hollywood. Today, the Kardashians are an iconic family in the entertainment industry.

RELATED: The Hottest Fashion Trends For The Summer, According To The Kardashians!

As mentioned, there are other celebrity families but this is a unique one. Perhaps their strategy was different. The Kardashians have capitalized on both digital and traditional media platforms to market their images worldwide. The family owns a clothing line, Dash Kids, which is core in their lifestyle with respect to fashion and beauty. Kim is the most controversial and popular in the public domain.

How they Influence Teenagers and Young Adults

There is always something new from the celebrity world with every passing day. Fashion and trends in cosmetics and dressing begin from Hollywood. A product or style cannot sell without a celebrity stamping it. In this case, the Kardashians are the celebrities. It is not who or what you like anymore, this is the reality. The Kardashians dominate the entertainment industry hence influencing teenagers.

Here are some of the ways young adults are influenced by the Kardashian family, both positively and negatively. Yes, there are values beneficial to adolescents.

Of course, this was to come first. The Kardashians are extreme with makeup; there is no question about that. According to one of the many interviews, Kim checks on her make-up almost every minute of her life. It should not fade, there is always someone to check and correct. Teenage girls are caught up in this!

The Kardashians have a bad reputation based on their dressing style. It is one of the many things that attribute to their popularity in the entertainment industry; everyone has to notice a Kardashian. Cleavage and high cut dresses are the least you can expect when a Kardashian shows up.

Fashion magazines are dominated by Kim and Khloe. This is how the hip-lip idea came about; I mean, you won’t notice hips without revealing clothes. These types of clothes are increasingly becoming popular among young adults.

The Kardashians did not invent this cosmetic trend but it’s popular because of them. Teenagers are increasingly going for lip enhancement procedures and using creams because of Kardashians.

Celebrities wear to impress. You will rarely find a Hollywood celebrity in the same dress; actually, you won’t. The Kardashians are a perfect example of celebrities. The Hollywood reality show that features all family members boosted their status and recognition in entertainment industry. Teenagers would want to dress like Kim. The dresses are crazily expensive but you will find young adults saving up for such.

Random trend of taking selfies in public or washrooms is from the Kardashians. You might not appreciate this fact but selfies would not be as popular today if the Kardashians did not do it. It is the family way of displaying their fashion. Selfie is now a syndrome among young adults.

There is no other explanation to the dressing styles today among teenagers other than Kardashian influence. Nude photos are increasing on the internet. It is an irony because Kardashians should be displaying their clothing line; instead, they market no-clothes.

The constant appearance of Kanye West and Kim among other couples on TV is decreasing racial discrimination among young adults.

Big butt is an issue today because of Kardashians. There is a positive and negative effect. Teenagers with such bodies feel proud. On the other hand, young men perceive big booties as an ideal woman’s body.

Kim and Kanye had their 3rd baby through surrogate. Kim has come out to encourage people living with such issues and create awareness on surrogacy. Young adults are slowly stripping fear of infertility and marriage. 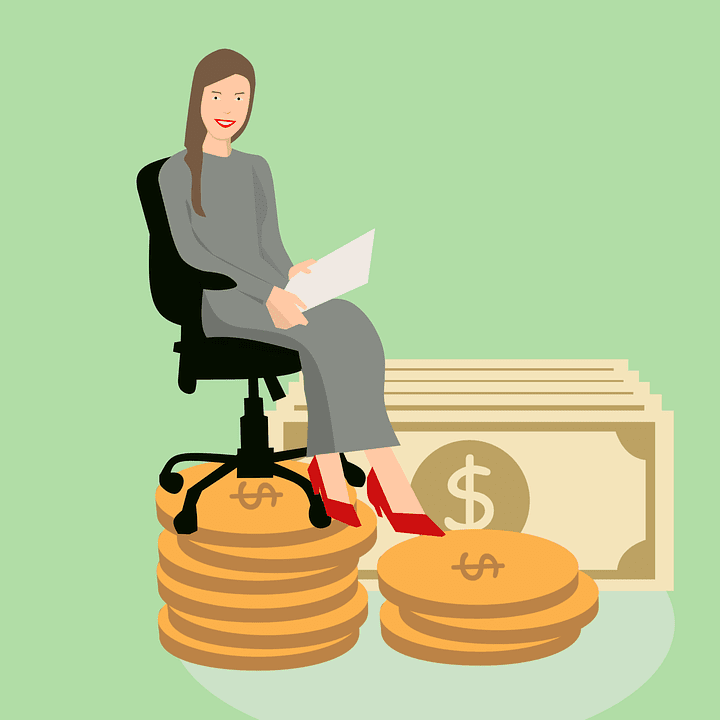 The Kardashians are the definition of feminists. In a man-dominated world, the women have built a successful business empire, which is an inspiration to young women today.

It can only be socially acceptable after a Kardashian does it. If you think you can divert your teenage from the Kardashians, you are mistaken. It is almost impossible because the family dominates the world entertainment industry, which is attractive to young adults. 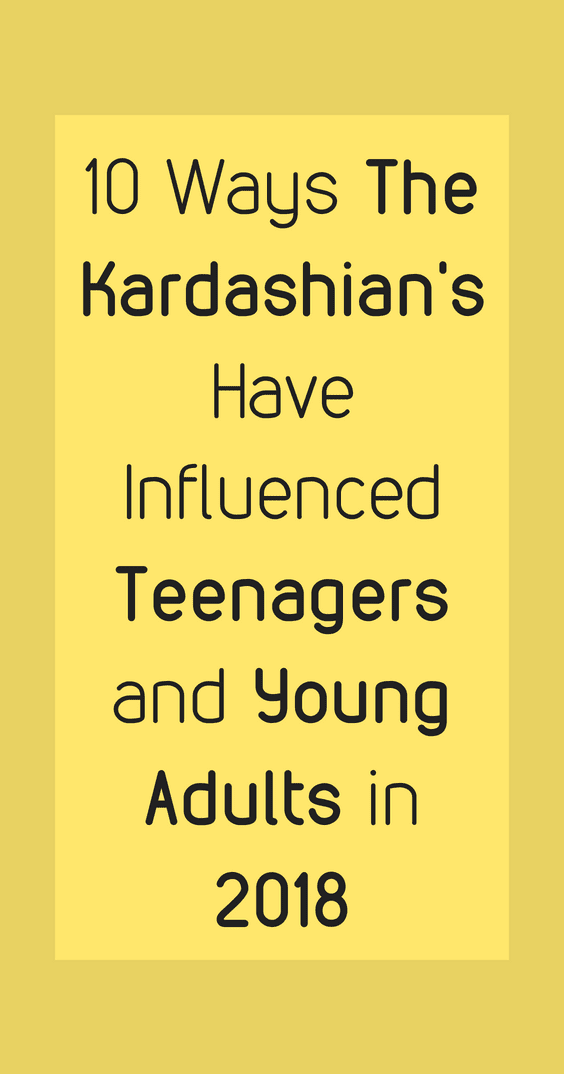