13 Reasons Why Men Cheat In a Relationship 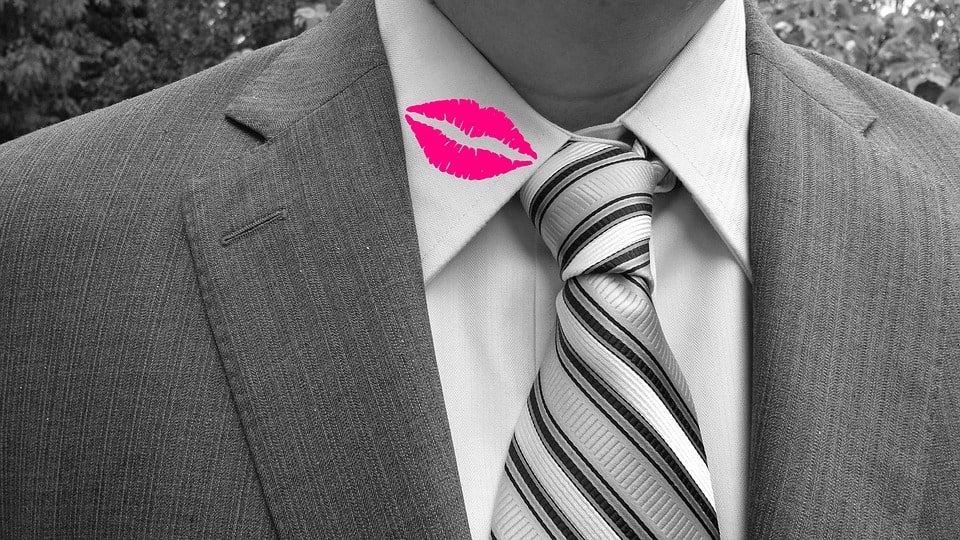 One question on every lady’s mind is; “Why Do Men Cheat”? Men will always be men; ladies talks don’t miss such a statement. “They will always cheat”. Mind you, the question has not been a bother just now…it has been since time immemorial.

Despite the fact that a man could have one great relationship, a beautiful and respectable spouse, it’s likely that you’ll catch him pants down.

A cheating man can lose his beautiful family, spouse, social status and even his career. Severe consequences, right? But men still cheat. Why? Read on and get answers behind the plague, “cheating”; unescapable behaviour among men.

Immaturity is a major reason for men who cheat in relationships. Don’t be confused, maturity has a no correlation with age. People make wrong assumptions by linking immature men with age.

This isn’t the case. Immature men don’t understand the importance of being faithful to one woman. Contrary to mature men; they don’t value their ladies. Temptations will always be there, but mature men understand they need to respect the person in their lives.

Just like an old saying, a bird in hand is worth two in the bush. Mature men would do all it takes to avoid sexual urges that would make them cheat in a relationship.

Lack of maturity will drive a man to cheat anytime a “hottie” passes nearby; forgetting that he can lose his family

Other problems such as alcohol or drugs addiction could affect a man’s decision-making process towards sexual desires.

Sexual addiction could also be in play. Here, your man is in no position to control his sexual behaviour. And he won’t avoid them irrespective of the related consequences.

Men also cheat as a way of running away from realities.

3. Incorrect Ideas About What Cheating Is All About

It is shocking to hear this. Almost all men have a common belief about being unfaithful to their partners. Did I just say the same belief about cheating in a relationship? Unfortunately, yes.

A considerable number believe it is men nature to cheat. They believe that, if they hide their moves and cover their traces they aren’t cheating.

If men are caught cheating, they will find a way of doing it again. Has this happened to you?

The wrong belief and mentality that men have towards cheating contribute to cheating. This is a major reason for their sexual fancies and behaviours.

Take your time to understand your man’s belief towards cheating in a relationship. Is it okay according to him for men to cheat? If his answer is yes, avoid entering into a committed relationship with. Unless you are ready to be cheated on.

Insecurity is a common answer to why men cheat in a relationship. They may feel they are too young or too old, not smart enough, not rich to their expectations or partner’s expectations. And the list is endless…. insecurity.

A man may try to boost his flagging ego by jumping from one woman to another. He doesn’t care about the harm that his behaviours cause to his partner.

A common notion among cheating men, in this case, has been “mid-life crisis”; hilarious, right? To these men, they cheat to validate their self-worth. If they don’t, they are useless members of the society.

5. Style 1 of Making Their Partner Know It’s Over

It’s unbelievable how men go out of their ways to end a relationship. They prefer cheating rather than facing their partners to call it off.

They cheat to end a relationship.

Here, they will make sure that their partners find out about their ongoing cheating behaviour. She will have no option but to do the dirty work that her man didn’t have the courage to do.

6. Style 2 of Making Their Partner Know It’s Over

Are you ready for this? Your man may have this urge of ending your current relationship, but he’s being cautious to land in safe ground. He establishes another relationship that he will join after you separate.

RELATED: Should I Give Him Another Chance ?

Selfish behaviour, if I may say. He will not allow you to know he’s cheating. Not until he is certain of the new relationship.

He will pretend to be a perfect lover until the time is right to jump into his new catch.

If your man doesn’t have social support from men friends, he expects it from you. Remember, these male friends should be there to help him meet some of his social and emotional needs. We all are social beings, right?

Your man will solely rely on you if he doesn’t have this male social support. Loneliness could affect him if you as his partner fail to give him the necessary attention. Your guess could be correct as mine on what will happen next.

His eyes will wander elsewhere.

Male friends could do him great to avoid cheating, but only good friends. Bad influence could come from male friends you know?

8. Confusion About Limerence And Commitment

He may confuse romantic intensity with long lasting love. Failure to tell between them could lead to a man cheating.

Limerence doesn’t last. And in a committed relationship, it is replaced by a deeper and meaningful connection between partners. Of course, it is less intense. The disappearance of limerence could be a reason why your man cheats.

Childhood abuse could have such lasting effects. Some men cheat to soothe the pain from these old and unhealed childhood wounds.

His behaviour could be as a way of responding to unresolved childhood traumas. Feeling of being neglected, sexual, emotional and physical abuse could be the root cause of his behaviour.

In such a scenario, it will be hard for him to commit fully to one person or in a relationship. Unless he is willing to undergo a therapy process, he won’t avoid but cheat.

I take no offence here, but I believe this gives an absolute primary reason for the question ‘Why Do Men Cheat’.

Their priority is me, myself and I. If you meet this guy, avoid a long-term commitment. He won’t care about your feelings when you are hurt.

His behaviours are okay if he is getting what he wants.

He will lie repeatedly and keep secrets from you without paying slight attention to understand how harmful this can be to his partner.

Maybe he had no intention of having a monogamous relationship.

It comes with a sacrifice to love one partner. And avoiding any form of distraction.

Her happiness should be the ultimate goal of a man. Can this be realised from a selfish man? Hell no!

11. He Is Terminal Unique Guy

Some men live in a different world, where rules are just but a term. They don’t follow them. They believe they are special and deserve more than other men. That’s why they cheat in a relationship.

Their fellow men obey monogamy, but not them. They have a weird belief that they are allowed to cheat as a reward outside their relationship.

Indiscipline and unfettered impulse are among the primary reasons for men to cheat. They may have never thought of cheating. But once an opportunity presents itself, they dip their feet in it without a second thought; cheating.

Men who are undisciplined will always cheat. They will focus on satisfying self-desires when they get an impulse or an opportunity.

Irresponsible men can’t fit in the shoes of their partners and understand where they pinch.

If they could, they’d be cautious of their actions. And avoid behaviours that are likely to hurt their partners.

They aren’t responsible even in a committed relationship.

Did you get a better reason to your worrying question, “Why Men Cheat?” you can agree with me it isn’t easy to identify a specific reason; but any action has a reason behind it.

Once you find your man cheating, focus on understanding the reasons. All isn’t lost. There are issues you can both share and fix your relations and continue living “happily after”.

If cheated once it doesn’t mean he will cheat again. But it’s your call.

Don’t also forget, other issues can’t be fixed. They only call for the termination of your relationship. Just move on and forget about it!

The 11 Steps to Fix a Relationship

How Women Ruin Their Marriages