All There Is To Know About 7D Hologram Technology 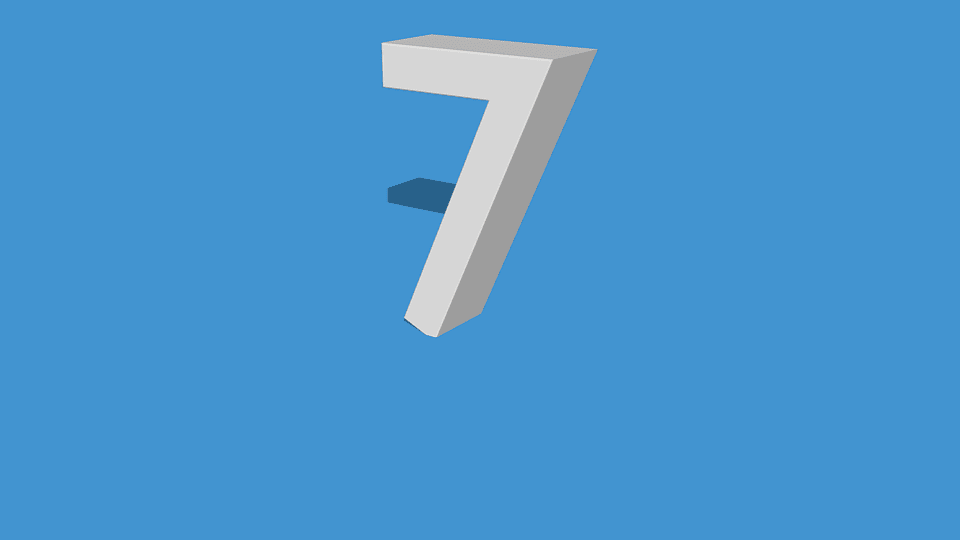 What do you mean by Hologram?

A Hologram is a physical device that diffracts light to form an image pattern.

John Henry Pepper demonstrated the technique for the first time in 1860s. The Pepper ghost technique uses a partially reflective surface to mix with image with the scene beyond. He used it to overlay visual elements onto a physical set (ghost).

Other methods of projecting images are often called holographic because they have optical presence and spatial quality and iridescent colours.

Augmented reality systems like the HoloLens often use Holographic optical elements to make a video projection. The virtual objects are a kind of ‘virtual hologram’.

How does holography work?

The basic principle of holograms is interference.

Interference is the superposition of light waveforms such that the net displacement is either added or cancelled. A hologram captures the interference pattern of two beams of coherent light that is they have constant phase difference (laser lights). One beam is directly shone on the recording area and this beam acts as the reference beam to the other light scattered from illumination scene. Hence, it is also called as a window with memory.

RELATED: What Is 5G Technology & How Will It Change the World

By contrast, a photograph captures a single small area and the photographic image being created by focusing this light onto a digital sensor. Common materials used in a holographic film are silver halide emulsions, dichromate gelatins, and photopolymers each having their own feature and require different kind of processing. In cases of security identifications such as passports, holograms are stamped into a foil as they cannot be copied without using master hologram.

Hologram is the recorded interference pattern of the superimposed waveforms of light. Light is an electromagnetic waveform. Hence, to get a steady recording of the pattern, we use monochromatic and coherent lights (laser beams are usually monochromatic in nature). This is stored in the hologram’s photosensitive emulsion which is chemically processed, and we can observe a fringed interference pattern due to alternate constructive and destructive displacement resultants of the interference.

This structure does not look like the image that is coded within it. Both the coded pattern and the image can be called as a hologram.

So, to define holography, it is a way of encoding recording in an interference pattern.

The most surprising thing about hologram is that it creates a virtual form of space as if light holds its own space.

Holography records the scene through an area of perspective. Hence, the image changes as you move around. The viewing window can be broken up to record different perspectives. This process is called as spatial multiplexing and can be used in animation industry.

The development of holography:

A pulse laser produces ultra-short flash of light, thus freezing the image and getting holograms of live objects.

This uses double layer pulse and used to detect even small changes. This can be used to see breathing movement and blood under the skin.

Holograms also have application in lighting design. Spatially dynamic holograms are prepared using multiple holographic optical elements to shape light into dynamic and abstract images. These kinds of pieces jolt our perception of the world.

By transferring a multiplexed master, a final print can be obtained where virtual windows is fragmented to allow spatial animation.

It is a technique of building up an image using diffractive pixels.

In this, the fringe pattern of each pixel is calculated and recorded.

Our world is known to exist in a three dimensional space with time often considered as the fourth dimensions. So what does 7D technology mean?

The 7D hologram is captured from a different number of positions that surround the subject of hologram. Each position captures a variety of seeing directions in the two dimensional space. Two additional parameters include image intensity and time. If you add up all, you get seven parameters. Hence the name, 7D Hologram technology.

So, a 7D hologram is the technology of capturing a high quality of hologram with 7 parameters. If we differentiate between 3D and 7D hologram technology, then the main difference is that 7D hologram is captured from a large number of positions that surrounds a subject or whole scenario.

To put it simply, a 7D hologram is like taking a number of photographs surrounding our object. The position of each object is described in 3D and the angle with which the photograph is being taken is described in 2D. Each camera records intensity and time. If we record stereopsis and depth perception parallel the resulting image move as viewer move.

Hence, now we have a clearer idea of what 7D signifies in a 7D hologram. A 7D hologram technology allows us to view world in a unique way.

The five dimensions that determine position and angle are called as 5D Plenoptic function. Holograms based on 5D functions are very large.

It is a method of recording a light field with the seven parameters (mentioned above) that describe a 5D function along with image intensity and time.

Sadly, this technology is yet to be realised and is in experimental state for now.

Example: Playing chess against a computer using a real chess board with players that are holographic. 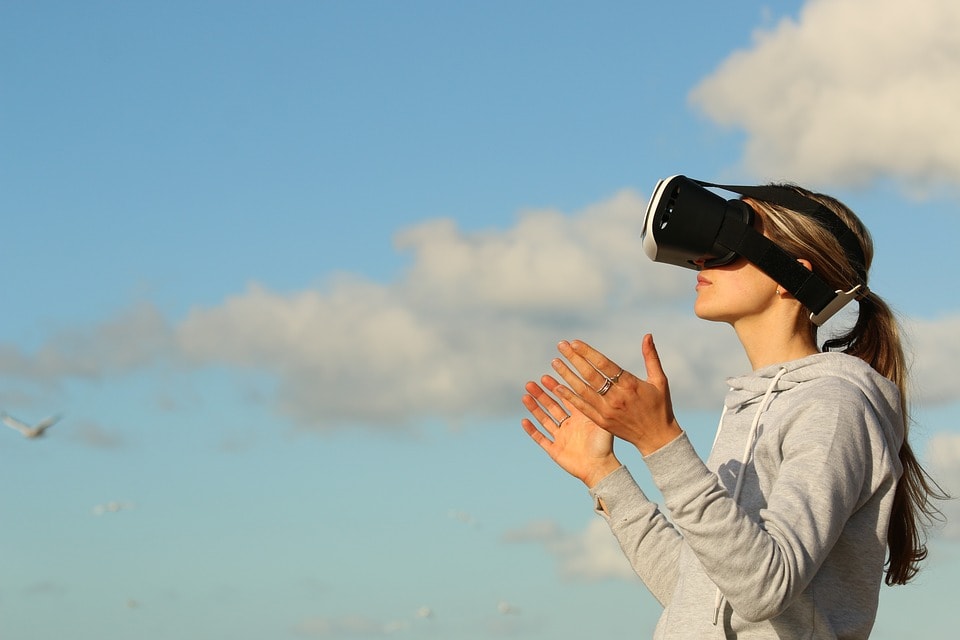 Augmented reality is the live integration of reality with information, virtual objects and user interfaces.

It is not just the augmented reality but the kind that will respond to interactions and simulate the behaviour of real world.

Have you ever imagined watching a movie where every smell from the movies is portrayed to real time audience?

The audience need not wear a digital nose and the smell should be transmitted without mechanical interfering.

Recently, a team of Japanese scientists made more realistic image pattern that can be touched without any kind of harm like the feeling of burning. It is being predicted that this will be soon affordable as it is being used in Dubai malls and cinemas. Now you can watch movies in 7D.

Imagine a world in 7D space and its effect on our living standards. Imagine that you are present at two or more places at the same time. You can deliver a lecture to multiple classrooms; a student can attend a lecture from home but being virtually present in the classroom. Bringing the world closer has become a common purpose, globalisation and internet has brought us a lot closer. Imagine being in another country without having to fly overseas.

You can imagine its application in the broadcasting industry.

By simulating you can identify how our brain collects and recognises memory. So, your mind is itself a holographic projection out of space and time.

A hologram is an endless and vast technology which can affect every aspect of our lives. As all emerging, powerful technologies can be used for the benefits of humanity, they can be also used for destruction.

Holograms could have military applications which can lead to grim consequences.

When the X-ray technology came, it changed the medical world immensely, then we moved on to enhancement of entertainment. Today we can watch movies in 3D. Hologram technology has been improving and changing our lives for centuries now and it is up to us how we implement it and use it.

One of the pioneers of Science, Madame Marie Curie said-

“I am one of those who think like Nobel, that humanity will draw more good than evil from new discoveries.” 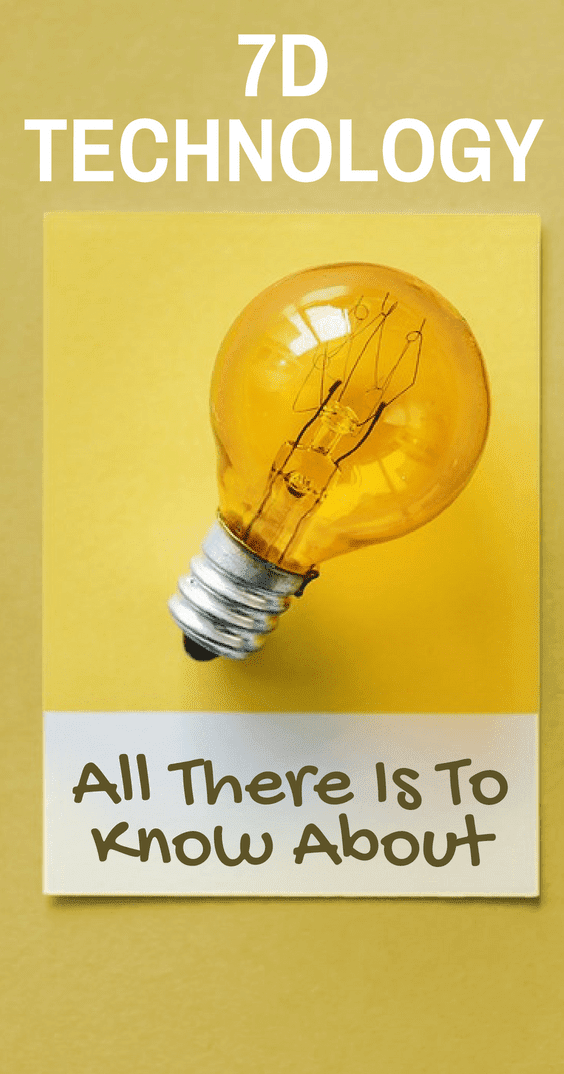