Countries With Fastest Internet Speeds (US Doesn’t Even Come Close)

Internet has become an integral part of our lives. Everything that we do somehow allows some space for internet use and thus everybody wishes to have a very good internet speed. But have you ever wondered which countries in the world provide the fastest internet?

But how do we decide this?

How do we calculate the average internet speed in a country?

Internet speed is measured in Megabits per second that is Mbps. The analysis is done by Akamai CDN platform, collecting data from 149 countries across the world. Business and residential speeds are included according to the unique IP addresses but the mobile network speeds are excluded during the calculation. It is important to note that the calculated speeds are average speeds. To further understand the level of speeds, percentage of connections above certain threshold values are calculated.

For example, sixty-two per cent of internet connections in South Korea are above 15 Mbps. Certain other thresholds are above 4Mbps, 10 Mbps and 15 Mbps.

For example, the Norwegian island pairing of Svalbard and Jan Mayen, for example, has an average connection speed of 36.5Mbits/s – the highest of all. But it only has one unique IP address. The Vatican ranks third and Antarctica ranks 27th due to the low number of readings, despite the faster internet speeds.

Akamai’s official rankings only take into account countries or regions with a unique IP count of at least 25,000.

RELATED: What Is 5G Technology & How Will It Change the World

Hence, taking an average seems to be reasonable criteria to base a country’s overall performance in providing internet speeds. Thinking US?

No. U.S doesn’t even come close to the internet speeds provided by these countries mentioned below.

The average global internet connectivity speed was 7.2 megabits per second (Mbps) in 2017. It was 5.6 Mbps as noted in 2015, thus showing a percentage increase of 28.57%. Half of the 10 countries with the fastest internet are in Europe, four are in the Asia-Pacific region and just one is in the America.

South Korea tops this list with connectivity speed of 28.6 Mbps. Around 40 per cent of the population has speed over 25 Mbps, compared with the twelve per cent global population. It has shown a decreased percentile of 1.7 since 2016.

Norway stands second with average connectivity speed with 23.5 Mbps. They have increased it by 10 per cent since 2016 and had average internet speed of 20 Mbps in the year 2016. Norway is the westernmost Scandinavian nation, which ranks 10th in the best countries ranking for its quality of life and citizenship.

It is an autonomous territory situated on the southern-east coast of China and provides average internet speed of 21.9 Mbps, which is 10% higher than in the year 2016. It ranked second in 2016 after South Korea.

Citizens here get average internet speed connectivity of 21.7 Mbps, 16.1% of growth since 2016, which ranks first in the best countries ranking. It centres its economy on highly developed financial services and high-tech manufacturing sectors.

The average connectivity speed is 20.5 Mbps, a 15% increase from the data in 2016. Finland also ranks high in best countries ranking for its citizens’ entrepreneurship and quality of life. In 2016, Finland ranked 8th and 9th in 2015 with percentage increase of 34.4%.

The average connectivity speed of Singapore is 20.3 Mbps. It has the highest year over year growth (Yoy) in the Asia Pacific region, 23% since year 2016. The island city-state is one of the wealthiest nations in the world, and it stands 15th overall in the best Countries ranking.

Denmark is a major gateway between North Europe and rest of the world. The average speed is 20.1 Mbps and it has increased by around 17% since 2016.

The average connectivity speed in United States is 18.7 %, a 22 per cent year over year growth since 2016. Within U.S, Washington has the highest connectivity speed. USA has entered the top 10 list for the first time in 2017.

Latvia and Netherlands fell out of top 10 list in 2017 and were replaced by USA and Denmark. Latvia had 16.7 Mbps speed in 2015 and it ranked eighth above Finland and Denmark, with 92.5% connections having speed above 4Mbps. It showed a decrease of 3.5% in the upcoming year and slipped down to 10th position, and finally out of the top 10 countries. 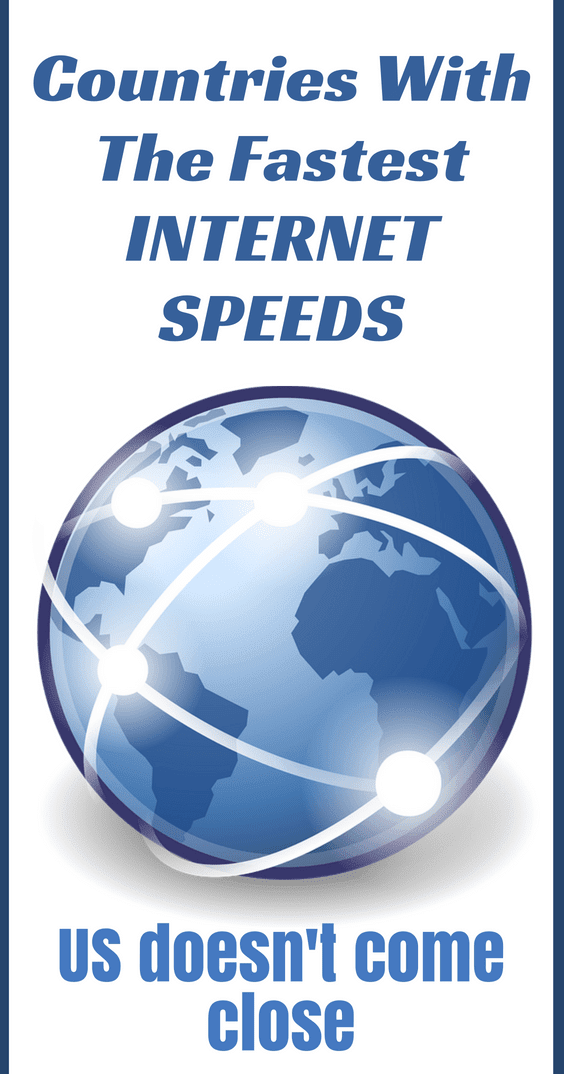