We are all used to plants that we grow and eat. Contrary, it is hard to imaging plants that grow by eating animals and insects. Carnivorous plants do actually exist. Observing plants preying on other living creatures is extremely fascinating. They are not just part of adventure movies but real. With over 700 species of carnivorous plants around the globe, many animals (especially insects) are just as vulnerable to become a plant’s meal as the plants are to us.

Most of these species are spread across all the continents of the world with an exception of Antarctica (there is barely any vegetation). They are not restricted to jungles and large damp swamps away from civilization as we may assume. Some of the most famous varieties of these species are in North America too.

You may probably be thinking of the plants as vicious killers. They are however, not bloodthirsty predators but desperate feeders seeking for critical nutrients found in animals. In places with poor soil quality without enough nitrogen and protein, the plants adapt to live by trapping and killing insects.

These plants produce strong digestive juices for dissolving the pray to derive the necessary nutrients. Just like famous predator-kills, the process is quick and effective. New evolutionary evidence suggests a close relationship in the mechanisms of various species at molecular levels.

Insects and Anthropos make the biggest part of the plant-eating menu.

Here are some of the most commonly studied Carnivorous plants available. 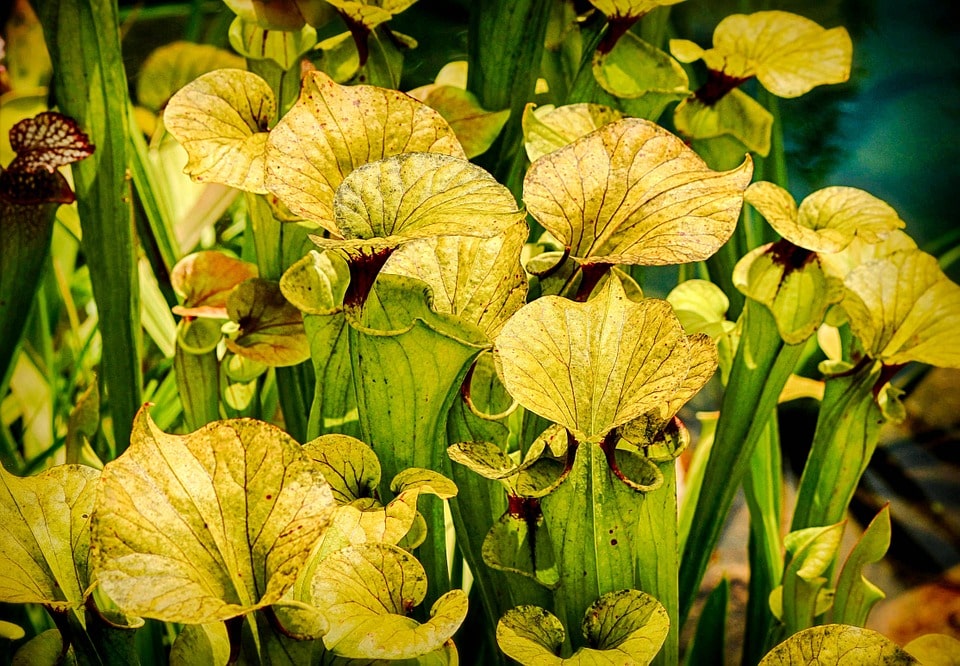 Found in North America among other areas, the Sarracenia is a pitcher plant with amazing characteristics. It is common in the Great Lakes, Texas, and South Eastern Canada.

The Sarracenia has a characteristic pitfall to trap its curious spray. The deep funnel has enough space to contain an average insect or small arthropod. To avoid dilution of the digestive juices, the plants have a hood over the top.

RELATED: 5 Interesting Things You Should Know About Watermelons

This plant attracts insects by its colors, smell, and nectar-like substance on tip of the funnel. Once the nosey insects are close enough, the slippery footings and narcotic drug on the lip of the pitcher cause the insect to go deeper, eventually falling into the pit.

The sticky digestive liquids inside drown the insect giving it no chance of escape. The digestive juices are rich in quickly responsive enzymes such as proteases. Protease is responsible for protein catabolism by hydrolysis. 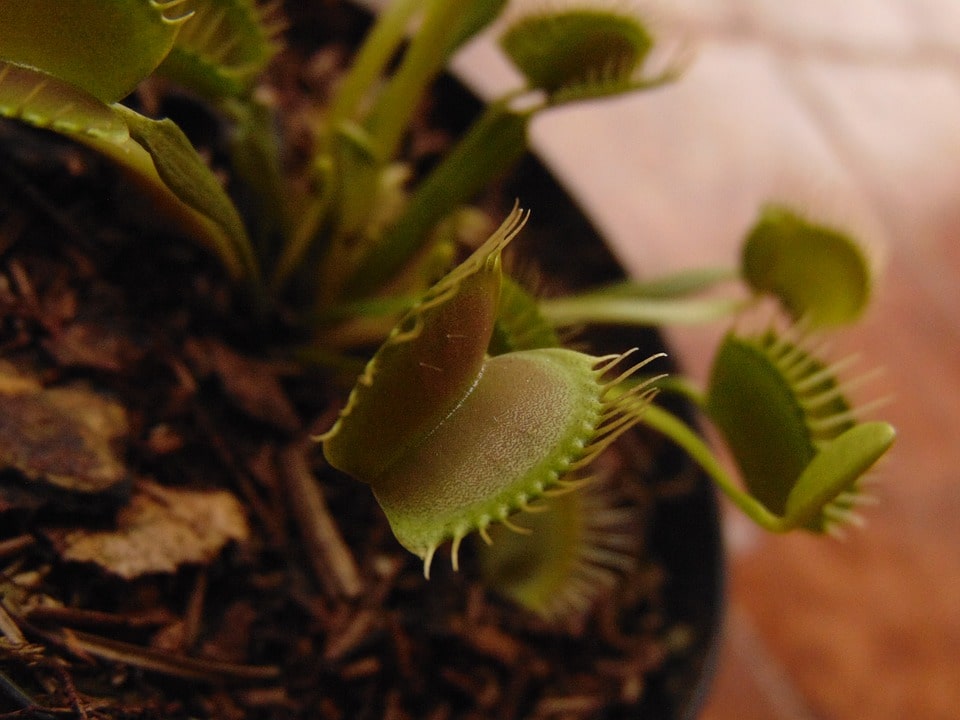 Also called the snap trap, the popular Venus trap is the iconic carnivorous plant that is exciting to watch as it feeds. Perhaps what makes it most popular apart from its long spikes is the ability to kill frogs. A mature Venus flytrap has between 4 to 7 leaves opened like a book with spikes at the ends.

The leaf blades are flat, long, and heart-shaped with an attractive red-colored interior. The midrib is hinged to form the bookends while the edges secrete mucilage.

RELATED: 10 Awesome Facts About You

The lobes are not only sensitive to touch but can separate live stimulus from non-living stimulus. The leaves only snap shut when a second trigger is sensed to avoid non-nutritious substances. This means the most popular carnivorous plant can choose its meal. The thorny-protrusions at the tips of the plant mesh together to prevent large prey from escaping.

They also offer enough space for small insects to escape if they are not needed. Once the lobes are shut, the animals struggle to escape and the process, trigger further sealing up of the lobes to lock it. Digestion begins immediately and takes up to a week before the lobes are free to open again. 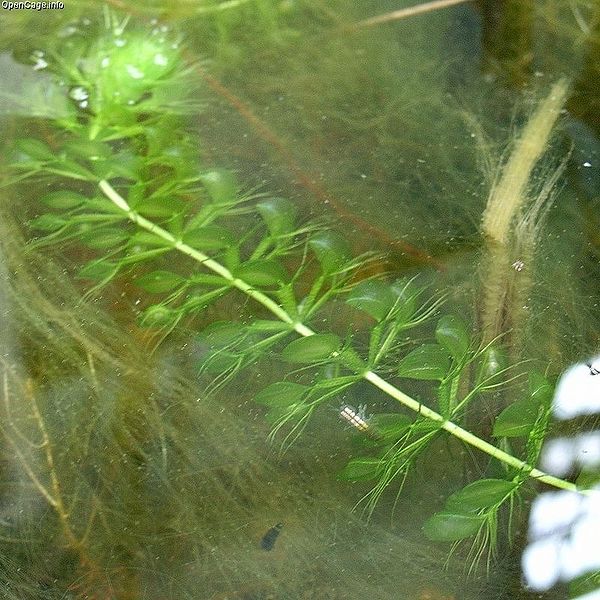 The waterwheel is a unique rootless quick-growing plant found in most of the continents. It feeds on small aquatic vertebrates by trapping and quickly digesting them. The plant is simply a collection of floating stems growing up to 12 cm with small trap leaves along the central stem.

To stay atop the water bodies, the traps have air for buoyancy. This is among the fastest growing plants—only taking a few days to cover a large area as the aging end dies off.

RELATED: 13 Unbelievable Co-incidences That You Don’t Know About

This carnivorous plant is famous for its iconic 10-milisecond shut making it one of the fastest in the plant predators list. Twin lobes fold to form the snap trap, which is the waterwheel’s weapon.

The plant is exposed to potential prey and covered with a fine coat of trigger hairs. Prey coming too close to reaching distance has no chance of escape from the Aldrovanda Vesiculosa.

Sundews have the widest variety of species at 194 discovered, according to the latest studies. The plants thrive around the entire earth except the barren Antarctica. They are also the best suited to survive harsh conditions and live up to 50 years.

RELATED: Psychological Facts That Will Help Understand Yourself & Others Better

To attract prey, the plants have sweet stick secretions on movable glandular tentacles. An insect landing on the tentacles is clueless of the sensitivity of its movement to other tentacles, which close in on the direction of the touch. Increased movement by the insect in an attempt to escape only attracts the attention of other tentacles. This ensures a complete sealing of the prey.

Sessile glands get to action once the prey has been secured. The nutrients from the insect are vital for aiding growth of the Sundews.