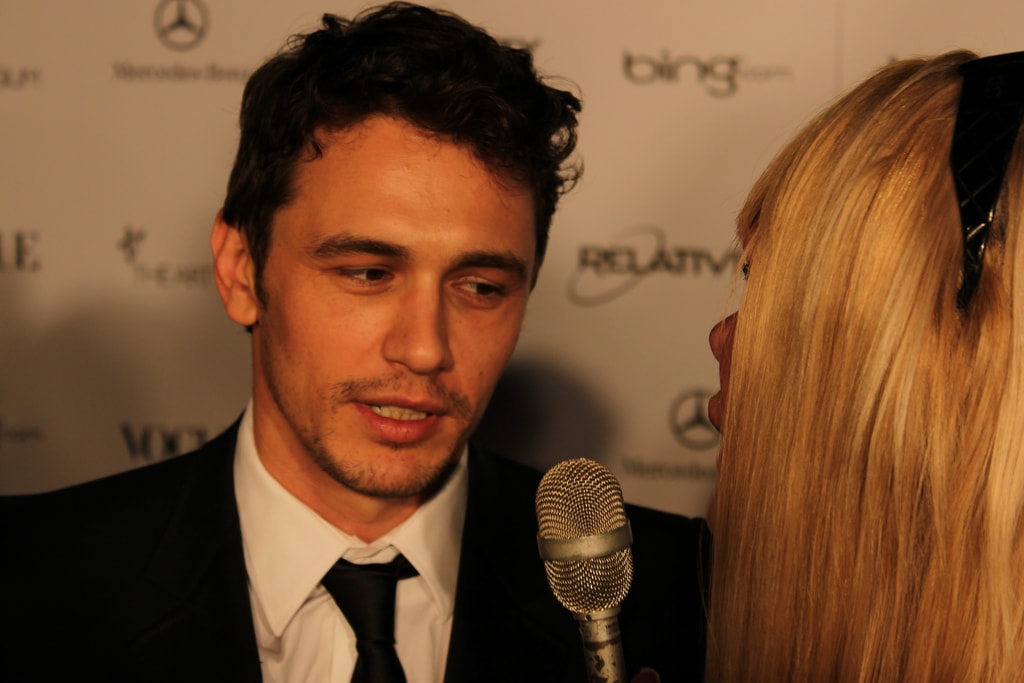 Achieving his fame by starring in Freaks and Geeks (1999), the 39 years old American actor, has found himself at the bottom of its fame since being accused of sexual misconduct. What is the truth behind all of these allegations that might have messed up his reputation and future contracts? 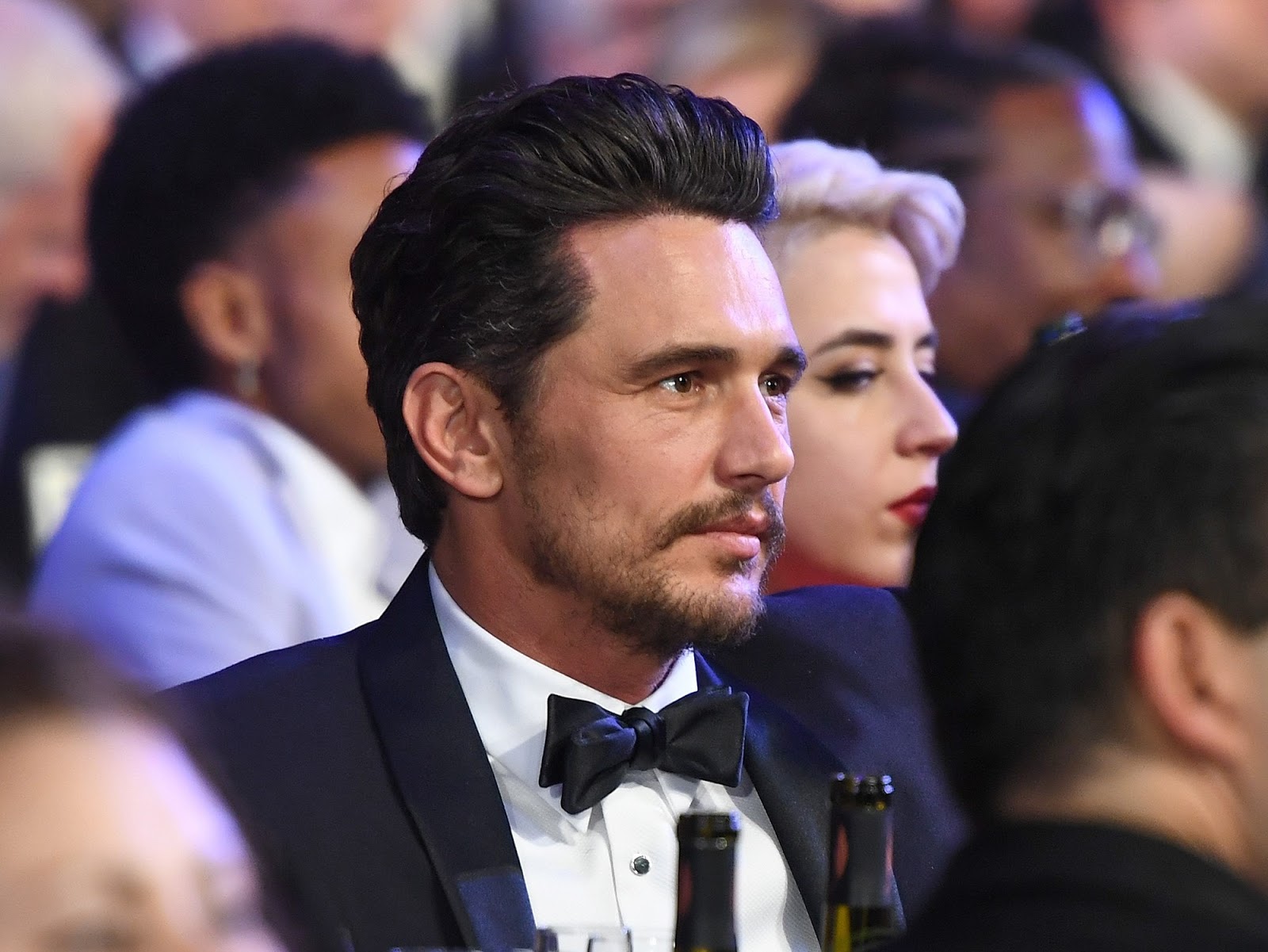 It may seem that Franco has been accused of such misconduct by five women, on and off movies sets. Of course that the actor has denied it with the help of the words of his lawyer. And what should have been his greatest night while winning the top prize at the Golden Globes, transformed into a fiasco because women started paying attention to his TimesUp pin.

While being a college instructor at his own film school, Studio 4, he worked with an acting student named Sarah Tither-Kaplan, who accused Franco the night of The Golden Globes of removing the protective plastic guards which were covering actresses’ genitals while being involved in sex scenes.

She has accused him of sexual misconduct in a tweet, while he was openly wearing the TimesUp pin at the Golden Globes night. A bit of an awkward situation, ain’t it? 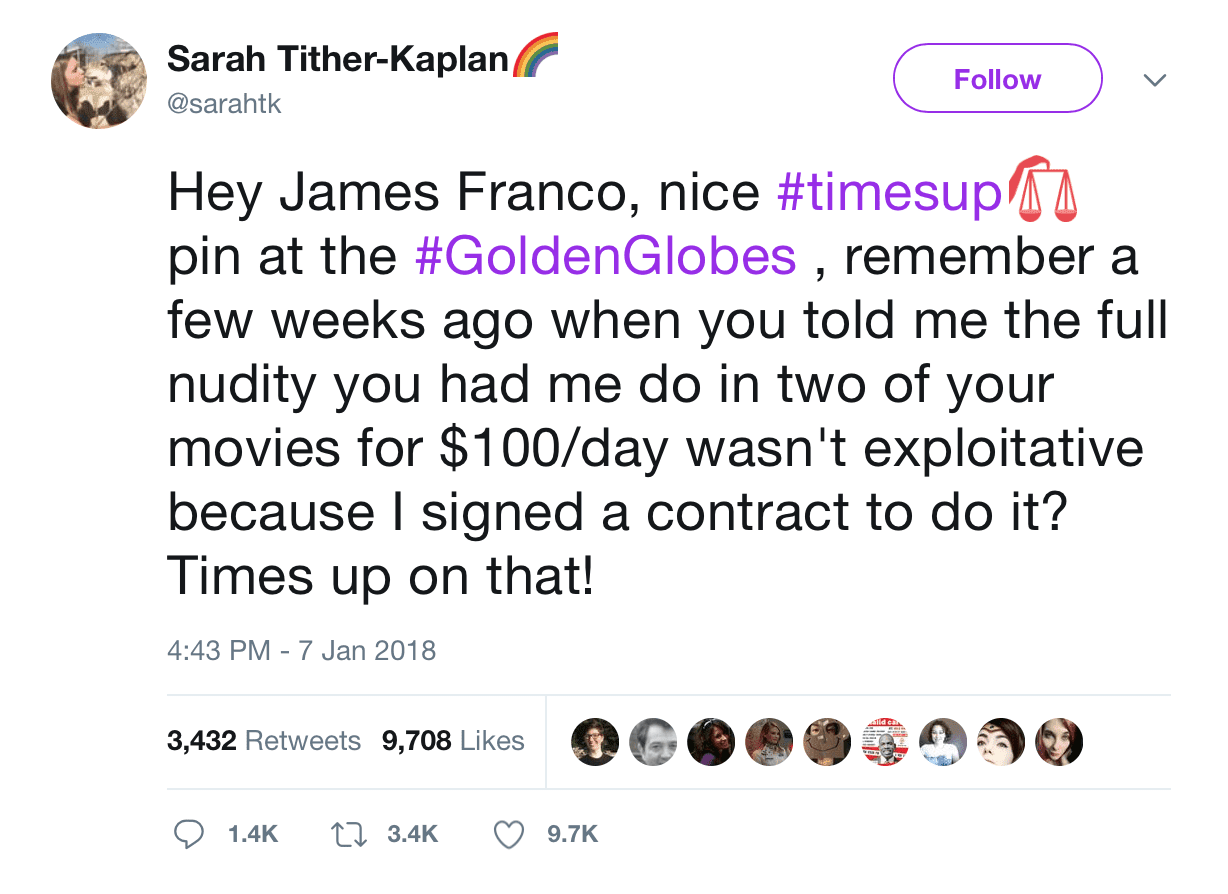 However serious the situation is, James Franco’s lawyer denied the allegation, stating that at that certain time Sarah had only positive feedbacks at his address. We guess things have changed now? Or was it only a mean thing to do? Let’s find out more.

Two other former students have backed up this misconduct, telling the Times that Franco would have a really inappropriate behaviour once the women refused to take their shirts off. These two former students are Natalie Chmiel and Hilary Dusome. The latter mentioned the following:

“I felt like I was selected for something based on my hard work and my merit, and when I realized it was because I have nice [breasts], it was pretty clear that was not the case. I don’t think he started teaching with bad intentions, but he went down a bad path and damaged a lot of people in the process.”

While these women have taken up the stand and uncovered his totally inappropriate behaviour on sets, another student, Katie Ryan, mentioned that Franco would have offered roles only based on the women’s willingness to be sexually available for certain scenes, such as stripping down their clothes or sexual acts.

Since these allegations have been made public, his lawyer, Michael Plonsker, spoke on his behalf, denying all of these accusations. It may seem that once Sarah started taking a toll on James, every woman that was involved with him has been having something to accuse him of.

For example, Violet Paley, accused him of pressuring her into offering him oral sex in a car. And once again, Plonsker, said that these allegations are “not accurate”.

As a response to all of these, James Franco appeared publicly on The Late Show With Stephen Colbert, saying that

“Look, in my life I pride myself on taking responsibility for things that I have done, I have to do that to maintain my well being. (…)The things that I heard that were on Twitter are not accurate. But I completely support people coming out and being able to have a voice because they didn’t have a voice for so long. So I don’t want to shut them down in any way. (…) If I have done something wrong, I will fix it — I have to.” 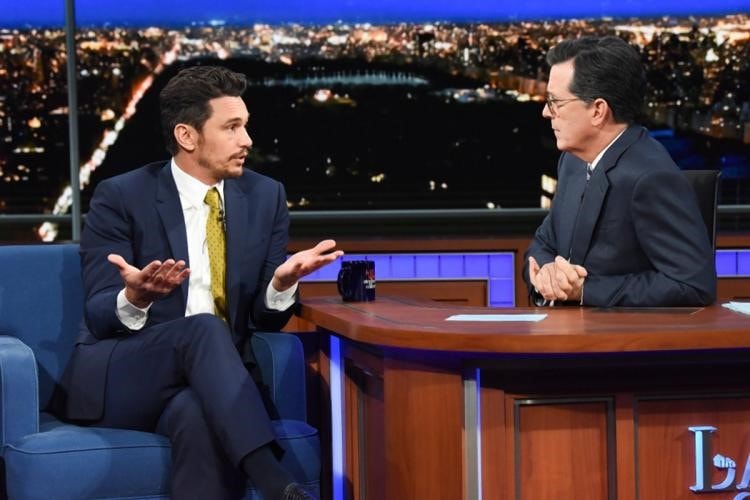 There are more things that might suggest that his behaviour is less than appropriate with women. And it is strange, because he has accustomed us with his allure, with his acting and his will of encouraging diverse projects, such as indie movies, short movies and others. One may not have seen him as sexually inappropriate.

Back in 2014, while he opened his film school, he displayed a controversial behaviour on social media, when he used Instagram to learn from a 17 years old British girl if she whether had a boyfriend or not. Even after he found out that she was only 17, thus minor, he asked her about the hotel she was staying at. Totally out of line, James Franco.

Since this whole situation was revealed, he apologized at that time, on Live! With Kelly and Michael, saying that he is truly embarrassed and that he used a “bad judgement”, while using social media in a harmful way.

James Franco, you have been having a really rough start of the 2018, but the allegations stand strong. There are certainly people who still stand beside him, stating that these accusations “are not accurate”, but these five women are still waiting for their sincere apologies.

Will he recover from this situation? It may look like he is still working through this, and his team is encouraging him to keep his image publicly.

As he continues to be accused of sexual misconduct, he cannot find his peace and sleeping is proving to be hard for him now, as media states that he looks like he hasn’t slept for days.

Where does the truth stand?